So, now when the challenging boss entering in this room, she saw a peel of broken vessel, which is moving toward the wall, then the gate is closed at that moment. At that time the life seeds fills the dead body. In this way, the broken vessel become lives again.

Playing with the Broken vessel

All of these are necessary for the challenging boss safety. Now a fight begins, the broken vessel is a fast moving boss which can easily uses different sort of physical as well as magical attack toward the prey, also releasing a fire balls all over the ground.

The first attack of broken vessel is the standard dash attack, during this attack the broken vessel almost cover 2/3 area of ground of battle.

The second attack use by the broken vessel is that he is staying into the air and suddenly slashing in downward direction.

Once this slash striking with the ground then four orange huge orbs is produced and start moving in downward direction then in backward direction, scattered here and there at last these are moving in upward direction into the air and become vanished.

The challenging boss compete with this attack by standing side of the ground as well as jumping but all  the time avoiding herself from the orbs.

When the boss getting an opportunity attacks toward the broken vessel, but keep the distance from this foe then cast a vengeful spirit towards the broken vessel and then wait for the next attack.

If the challenging boss can create a good distance at that time then it is time for challenging boss to recover herself from damage by using the quick focus charm. So that the broken vessel uses three attack tactics,

In this stage the challenging boss fight with the powerful as well as main boss of the hollow knight which is broken vessel. The broken vessel is the seventh as well as the last boss which revealed through the kickstarter campaign under the name of infected knight. 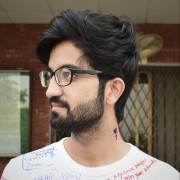